Skip to navigation Skip to content Skip to footer

Getting Your Players and Program to the Next Level

National signing day. What used to be just another day for most of the world (aka, those not signing a national letter of intent) has become a veritable sports holiday. Everyone from high school to college sports fans to even professional sports prognosticators are weighing in on teenagers and their future impact on sports. While it is an exciting time looking ahead for everyone, the work behind it is what makes it possible. And more and more, as local news coverage dissipates, that work is falling on the high school athletic department, the coach, and the individual athlete.

Here are some things each party can do.

While you love your role, the new reality is that you also have to be a publisher and reporter as well. And the way things are going, you’re about to become a broadcaster too. It’s going to happen. The first thing you need is a digital hub to serve as the foundation for all of your communications. Having one place, branded for your department and concentrated on your needs, and that fans and interested parties can find everything they need is critical. That means integrating schedules, statistics, (and making them interesting), and social channels to spread the word. That enables you to feature teams, players and coaches so that they get the recognition they deserve.

We know practice is where winners are made, but online is where they’re found. That’s where the rest of the world sees what you already know from practice. The ability to capture, clip and edit video is key in creating an online presence for your players and the athletics department. That means you’re going to need video equipment at the games for certain, but don’t ignore practice, training and open gym/field time. In fact, setting aside time for individuals to display their talents can go along way to building trust and fueling the competitive drive within your team. You probably don’t even need to set up your camera - just a smartphone is plenty to set the viral world on fire.

In addition to those highlights and one-offs, getting stats published can help. Every coach will have their own eye tests, but they also love lists and college coaches are no exception. They might take it with a grain of salt, but it will always be the first place they start, whether they admit it or not.

Have a plan. Practice, understand your strengths and think of ways to highlight your skills in addition to your gameplay. Additionally, identify programs you’re interested in competing for that are stretch goals, reasonable, and acceptable. A college and club soccer coach I know used to recommend that every high school freshman interested in college soccer identify programs at different levels to start their process.

Get to know those programs, their schedule and the coaching style to how you would fit with their system. Reach out to them, the department, attend camps and generally let them know that you’re interested. Recruiting staffs have limited time and countless options. Letting them know that their work is more likely to be rewarded with a commitment will be appreciated. Remember when you ask the world to watch on social media, don’t do anything stupid because they will. And most importantly, don’t forget to focus your attention on academics, or none of your other work will matter on this day: 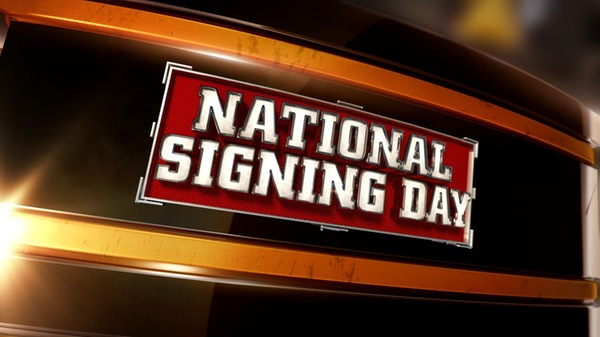 "On November 13th, the Oxford High School Athletic Department will be hosting the first National Signing Day of the year. In order to be eligible for this event, a student-athlete must have an official letter of intent from the college or university that he/she is attending turned in to the athletic office by November 11th, 2019."

See examples of how high school athletics programs are getting to the next level.